Brushing is a weathering steel sculpture inspired by the tenacity of nature and the wind. This sculpture was started in 2007 as an ambitious demonstration project. It was completed in 2009. Between 2009 and 2014 Brushing was exhibited in multiple locations on the West coast. In 2014 it was acquired into the permeant collection at MaryHill Museum of Art in Goldendale WA. 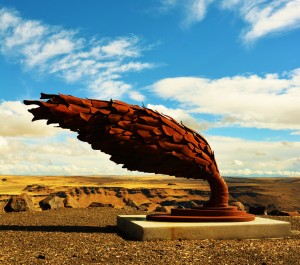 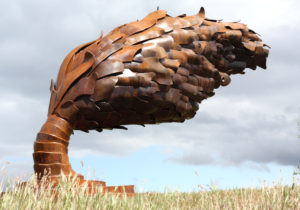 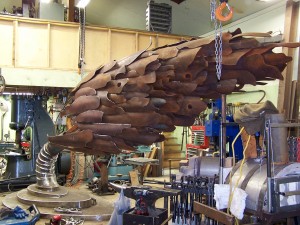